The gorgeous Shih Tzu breed was bred to be an affectionate and happy companion dog. They love laps and being around friendly humans. They are also known for their gorgeous long coats and soft fur. So it’s no surprise that shih tzu mixes have become extremely popular in recent years.

The Shih Tzu breed was developed in China in the late 1800s. They were originally kept by the royal family during the Ming Dynasty. As they were designed to be companions and nothing else they tend to make friends easily and are good around new people and children.

The breed was highly valued and often given as gifts to other nations. In addition to their dark eyes, underbite and soft fur, Shih Tzus are often felt to have a somewhat royal air due to their upbringing.

There are an almost infinite number of shih tzu mixes but here are 7 of the most popular you’ll love. 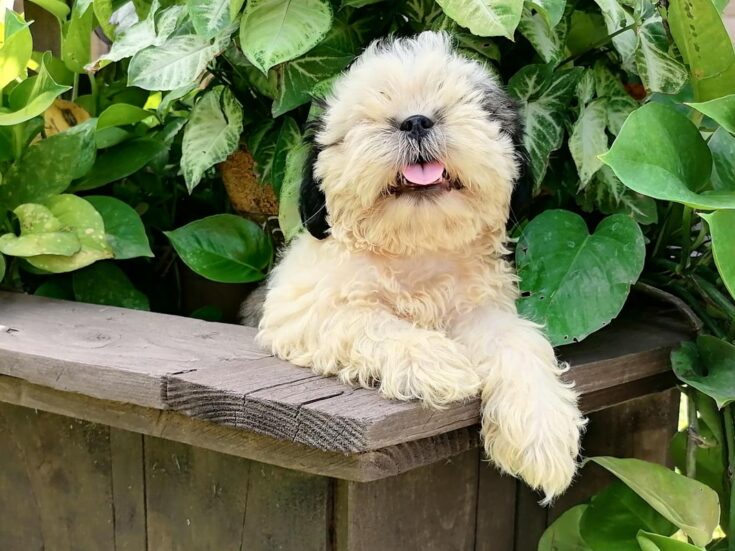 13 Things to Know About the Maltese Shih Tzu Poodle

When it comes to designer dog breeds, this hybrid is pretty unknown. This is probably because it is pretty new in the world of dog breeds but has already become an attractive dog. They are still somewhat rare so these pups can be hard to find.

This cute teddy-bear like pup has worked its way into many hearts. If you are considering getting one, there are 13 things to know about the Maltese Shih Tzu Poodle hybrid to help you make a decision. 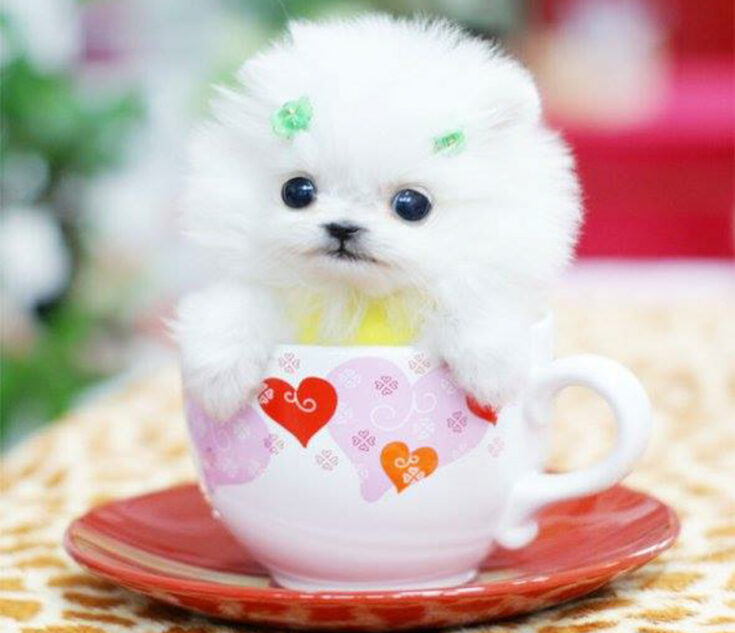 Meet the Imperial Shih Tzu, the cutest little pup you’ve ever seen. Literally. Barely reaching nine inches and weighing less than nine pounds, the Imperial Shih Tzu can fit right into the palms of your hands or fit snugly in a large teacup. This is probably why this pup is also known as the teacup Shih Tzu. 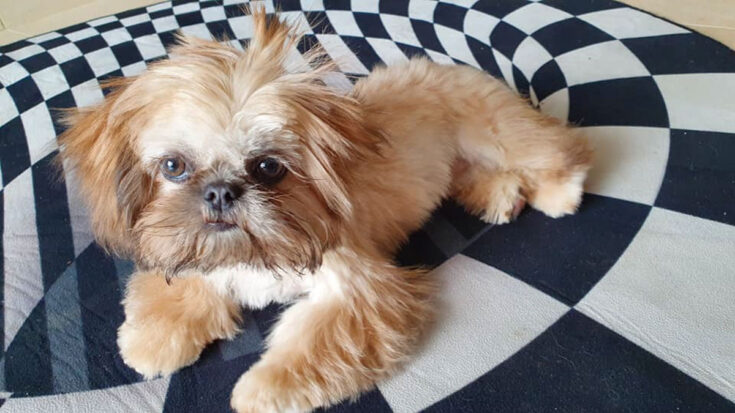 As of late, we’ve all come to know and love Shih Tzu (sheet-zoo). A furry little toy dog that has been known to delight in the arms of celebrities like Beyonce, Bill Gates, and Mariah Carey.

The Shih Tzu, originally from Tibet, is a breed mixed from Lhasa Apso and Pekingese dogs. Their existence goes as far back as AD 624. These days, the tiny teacup version is somewhat of a modern commodity. The Shih Tzu mini has come along and dug its way into our hearts with its sassy and lovable personality.

This little dog has become increasingly popular over the last decade. The Shih Tzu Mini, otherwise known as the tiny teacup Shih Tzu or Imperial Shih Tzu, is perfect for apartment living and small spaces.

Keep reading below to learn more about how to care for these dogs. You’ll discover more about them and their dietary requirements, how to keep them healthy, and some fun facts about the Shih Tzu mini. 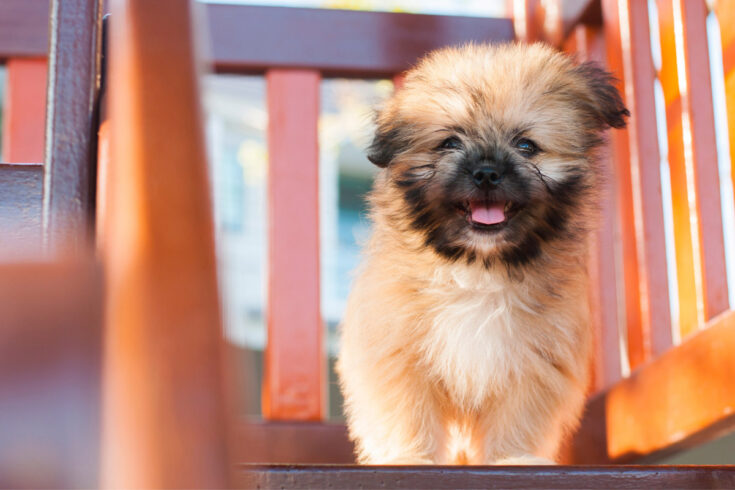 13 Things To Know About the Shih Tzu Pomeranian Mix

The Shiranian – also called the Pomshi, Shih-Pom, Pom-Tzu, and Shih-A-Pom – is a designer dog breed that is undeniably adorable. They are a combination of cuteness and good nature that resulted from cross-breeding between the Pomeranian and Shih Tzu breeds.

These toy-sized pups are small, sweet, and super affectionate. They are the best cuddle buddies, and you won’t need a spacious home to keep them happy. With their floppy ears and silky fur, the Shiranian is one of the most charming pups that you’ll encounter.

Shiranians are friendly dogs that get along well with kids, seniors, and other animals. These cute canines are well-behaved, but they have a couple of vital care requirements that you should know. 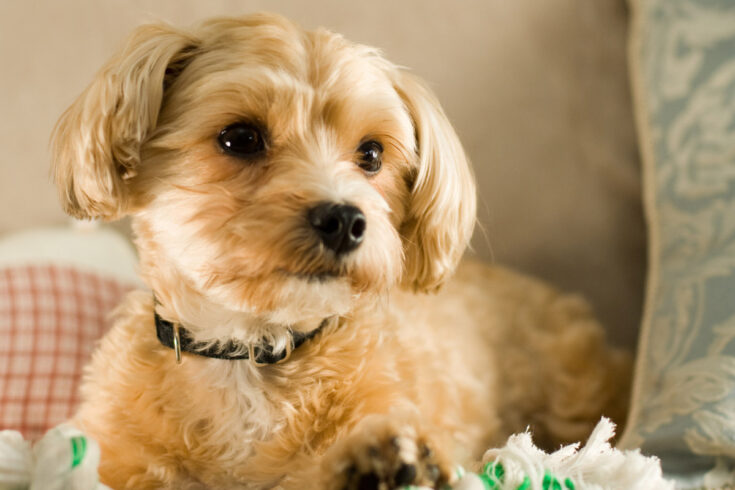 14 Things to Know about the Shih Tzu Mixed with Yorkie

The minute you set your sights on this little Shih Tzu Mixed with Yorkie pup, it will be love at first sight. The Shih Tzu Yorkie mix nicknamed the Shorkie or Yorkie Tzu is a bubbly, tenacious little pup and makes for a great companion.

These small, affectionate furry friends are a loveable breed and this guide will fill you in on the 13 things you should know about the loveable Shorkie pup. 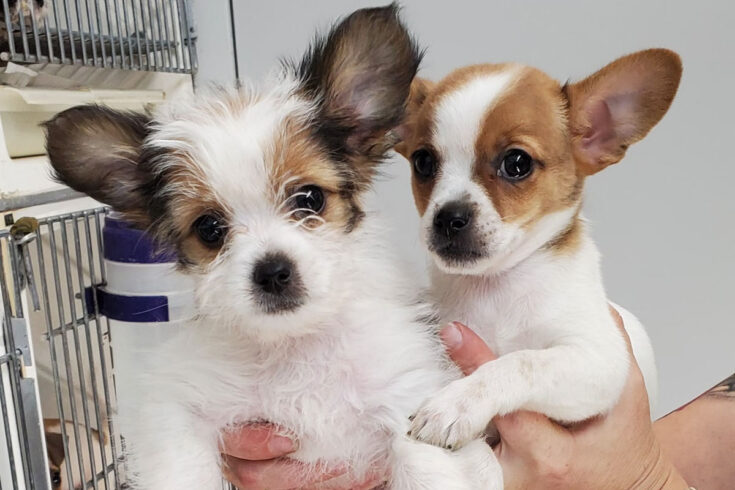 If you’re in the market for a miniature pup, why not get acquainted with this toy dog - the Chihuahua Shih Tzu Mix. Also known as a ShiChi or a ChiTzu, this designer breed is a new crossbreed that exemplifies the saying, dynamite comes in small packages, all while tugging on your heartstrings.

The personalities of the Shih Tzu and the Chihuahua could not be more opposite. Shih Tzu’s are known to have sophisticated and calm personalities while Chihuahuas are bold and spirited. So, what happens when you cross these two breeds? In this guide, you’ll discover the 13 Things to Know about this designer ShiChi pup. 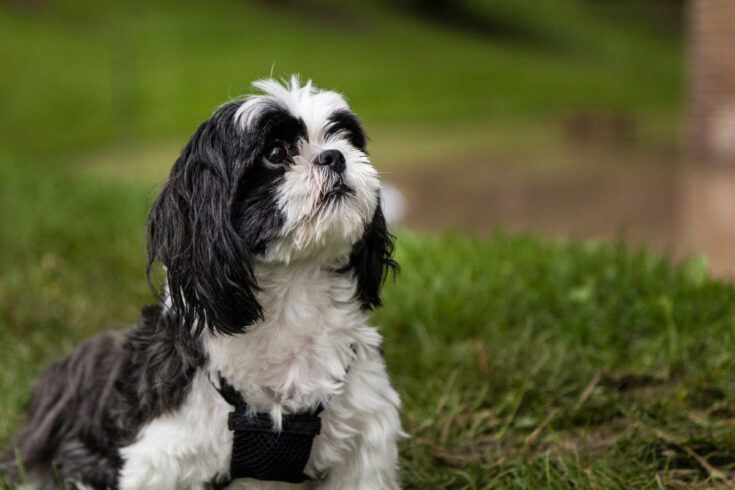 Throughout history, we have seen a number of new dog breeds spring up as a result of crossbreeding. These designer breeds have been bred to bring the best of both worlds together. Breeders hope these crossbreeds inherit the best traits from each of the parent dogs.

One such dog is the adorable Maltese mix Shih Tzu, often referred to as the “friendly toy.” If you saw this cute furball and became interested in adding them to your family, no one can blame you. However, before you get them because of their appeal to the eye, there are various things you need to know about the Maltese mix Shih Tzu.

I covered all of the costs associated with writing this post on Shih Tzu mixes. However, it does contain affiliate links. That means if you click through on some of the links in this article and end up making a purchase I may receive a small commission. It won’t affect the price that you pay. Just wanted to let you know.

Welcome to The Dog Snobs!

Hi I'm Amanda, an Australian who calls London home. I am mad about dogs so decided to put together website devoted to pampered pooches. Join me as we find out why dogs do what they do, how different dog breeds work, the best doggy products and much more

⇒ All About the Chihuahua Shih-Tzu Mix

⇒ All About the Cavapoochon